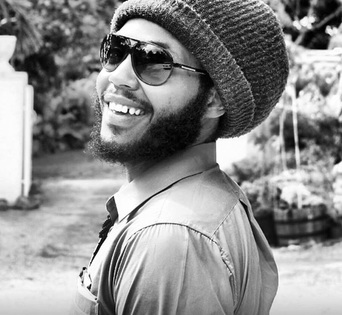 The name Heartafiya personifies a burning passion for music. Originating from the island of Barbados, Daliah “Heartafiya” King is on a mission to inspire positivity, love and justice through Reggae. In a country where soca music reigns, Heartafiya started his unique journey with the worldwide digital release of his debut album Reggae Vibes. The compilation exhibits the singer-songwriter’s diverse talent. Featuring conscious, lover’s rock, and dancehall selections.

Having appeared on some of the Caribbean’s major outlets, including the Caribbean Broadcasting Network (CBC), Tempo Networks, hit radio stations across the west indies, and having performed on Reggae on the Hill, the pinnacle of the Digicel Barbados Reggae Festival, as well as earning a nomination for 2016 ‘Reggae Artist of the Year’ at the Barbados Music Awards, Heartafiya is set to expand his music. A move signified by the crossover appeal of his releases, ahead of an anticipated sophomore project.

Heartafiya’s conscious tone is still clear in the late 2015 reggae/hip-hop fusion single Battlefield. Followed by the 2016 release of his dancehall collaboration, Lucky 7 which features international talent. As his music begins to make waves, Heartafiya is poised to make his mark on the international scene.
©2016 iBlaze Records. All rights reserved.
﻿
Powered by